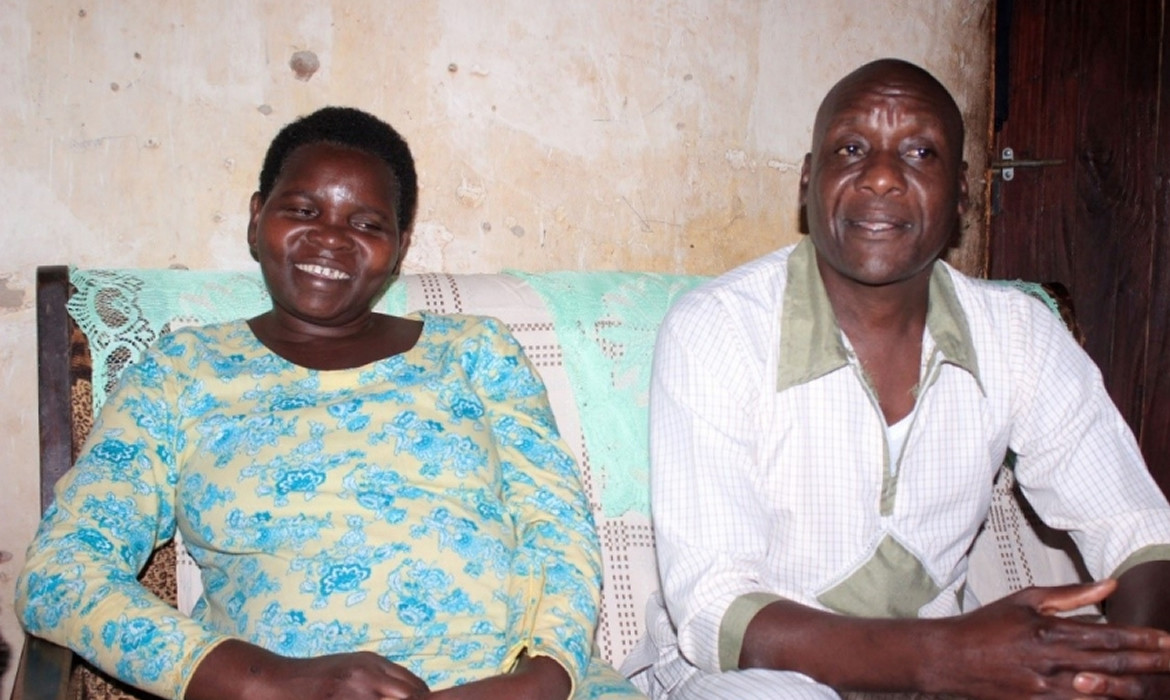 As part of the project documentation, we sought to reach out to people who have benefited from our project. We interviewed clients who had come to our outreaches and got to know their HIV status, especially those who found out that they were positive.

We had a challenge that none of the Bodaboda riders we reached was willing to disclose their status or share their story but nonetheless we still managed to get individuals who agreed to talk to us and here they share their stories;

William is a giant soft-spoken gentleman aged 53 years, married to Teo, 45. The two are a discordant couple, William being the positive one.

William was a trader in Owino market in Kampala but he’s currently unemployed after part of the market where he was operating from was razed down to give way for construction of commercial buildings. The wife is also unemployed.

William came for HCT at one of our outreaches and found out that he was HIV positive. He went back home and informed the wife about his status. He encouraged her to go test as well and she found out that she was negative. “As you know our husbands interact with a lot of people so I was not so surprised when he broke the news and having a background as a village health team member I know how to hand such situations so I was not overwhelmed when he broke the news to me.” She said.

William says he felt bad when he found out that he was HIV positive but he was confident of the support system he had in his wife back at home. “She has been very important in helping me cope up with this experience because she knows how to take care of me,” William said. “Having HIV is not the end of the world because there are other people who are suffering from even worse illnesses. I have accepted my status and I am on medication. At 1st I used to take 2 tablets but now I usually take only one.” He continued while talking about his antiretroviral regimen.

Teo encourages other discordant couples not to abandon their partners who are found with the virus but rather support and encourage them to adhere to their drugs for longer and productive life.

Ochepa is a 33-year-old father of 3 and works as a watchman/gatekeeper and cook at a local secondary school in Wakiso.

He found out that he was HIV positive when he came to our outreach in November 2018 at Kasengejje road in Wakiso town.

Ochepa is inclined more on the positive living side so he was not very shocked when he found out that he had the virus. “My main aim is to see how I can support my young family so I had no time of worrying about my status.” He said.

He advises other people who find out that they are HIV positive to disclose their status because hiding themselves will deprive them of the help they would have from health workers and other good members of their community. But however, he was wary of the students he cooks for knowing that he had HIV. He thinks they could even refuse to eat the food he prepares for them, something that shows that stigma against HIV victims is still rife in our communities.

Namuleme is a gracious lady aged 41, a housewife with a husband and 6 children.

Namuleme got to know that she has HIV through our outreach in Kayunga, Wakiso district. She first suspected her husband to have infected her but she was wrong. “When he went and took the test it turned out negative and I was startled because I can swear to you I’m an old woman I have never cheated on my husband.” She said.

She told us where she thinks she might have contracted the virus from but we will withhold this information for ethical reasons. She is recovering from devastating effects of delayed enrollment on ART but she says her health is improving by the day. “I have not yet gathered the courage to tell all my children but at least the old ones now know and they always remind me to take my medicine on time.” She said.

Namuleme goes to Wakiso Health Center IV, a government for her Anti-retroviral therapy but she’s appalled at the number of young people that she finds in the queue with her. “You see a very beautiful girl in her 20s and you cry for your country, for my children.” She said.

She says her husband (who she repeatedly kept on referring to as Ssalongo, a title given to a father of twins in central Uganda) accepted her status and is very supportive. He buys a variety of food to supplement her diet and regain her immunity.